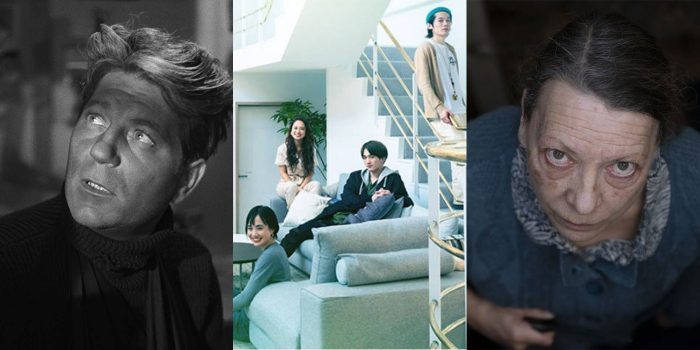 The best foreign movies and TV streaming now are a grab-bag of movies and TV from all over the globe. Well, two continents, to be specific. But vastly different genres and levels of prestige. From French anti-war masterpieces, to the nicest reality show on TV, to trashy Spanish teen soaps, this week’s Pop Culture Imports column offers you a little of everything.

Fire up those subtitles, and let’s get streaming.

Jean Renoir‘s masterpiece of French cinema is one of the greatest anti-war dramas to ever grace the silver screen. The class satirist behind the bitingly sharp The Rules of the Game softens his touch with La Grande Illusion, an achingly human portrait of a group of French officers who are prisoners of war during World War I. The film revolves around two officers from drastically different walks of life, the aristocratic Captain de Boeldieu (Pierre Fresnay) and the working-class Lieutenant Maréchal (Jean Gabin), who constantly plot their escape from their prisons, while finding surprising commonalities among both their fellow prisoners and their German captors. Though often described as a prison escape film, La Grande Illusion is more a profound character drama, painting a rich tapestry of the men who form bonds across country borders and class lines. The film takes the viewer on a beautiful, humanist journey, but Renoir can’t resist dismantling class warfare, interwoven subtly with the men’s growing disillusionment with the long war. As the war wears on, the men find themselves searching for meaning beyond their own built-in loyalties. Powerful, eloquent, and disarmingly funny, La Grande Illusion is a must-see classic.

Watch This If You Like: All Quiet on the Western Front, Catch-22, The Great Escape, taking down the bourgeoisie.

The nicest reality TV show is back on Netflix and back in the city it belongs. After last season’s sojourn to the rustic but a little too isolated Karuizawa, the new season of Terrace House makes a comfortable return to Tokyo with the aptly titled new season Terrace House: Tokyo 2019-2020. And it’s no wonder that the unscripted series returns to the big city, with the 2020 Tokyo Olympics well on its way. But despite the mounting fanfare for the global sports competition, Terrace House remains as blissfully relaxed as always. The slow-burning unscripted series follows three men and three women living together in a beautifully minimalist house that came right out of an Icelandic interior design catalogue. As they stumble through awkward interactions and even more awkward flirtations, a panel of actors, comedians, and MCs overanalyze every dialogue exchange, to our delight. This season’s first set of cast members may be the best group since the Fuji TV series arrived on Netflix, with each member — ranging from an illustrator, a few aspiring actors, and a musician — proving to have easy chemistry and great TV charisma. Most importantly, they’re all (mostly) great cooks, which means the food porn has been off the charts this year.

Watch This If You Like: The Real World, The Great British Baking Show, ASMR YouTube videos, pasta carbonara.

Netflix quietly released this French horror series on Friday the 13th, but it deserves a bit more fanfare than that. Marianne has it all: witches, bloody flesh-colored tokens, angry priests, and a very, very scary old lady. In fact, I might go as far as to say that Mireille Herbstmeyer‘s Mrs. Daugeron is one of the scariest elderly characters to be seen in recent horror, with bulging eyes and a leering grin so wide that it near resembles a Glasgow smile. A mega-fan of horror author Emma Larsimon (Call Me By Your Name‘s Victoire Du Bois), Mrs. Daugeron has become convinced that she is possessed by the demonic witch at the center of Emma’s stories, a malicious entity named Marianne. Under the influence of Marianne she terrorizes her daughter, a former schoolfriend of Emma’s, attacking her in her sleep and carving horrifying symbols onto her stomach. At her wit’s end, the schoolfriend tries to bring Emma back to her hometown, only to commit suicide the next day. Weary and disbelieving, Emma ventures back to her home, and is greeted by hostile townsfolk and strange visions that used to visit her as a child. Though rife with clichés and well-worn horror tropes, Marianne is packed with genuine scares and an eerie atmosphere that digs under your skin. And did I mention the very scary old lady?

Watch This If You Like: Haunting of Hill House, The Witch, The Babadook, scary old ladies.

One of the buzziest K-dramas right now is Hotel del Luna, and for good reason. A sumptuous supernatural series led by an all-star cast, Hotel del Luna is the closest to replicating the massive hit drama Goblin, which left a gaping hole after it went off the air three years ago. But rather than simply copying the sweeping romance at the center of Goblin, Hotel del Luna opts for a more wryly comic approach, with pop star IU (Lee Ji-eun) starring as the capricious owner of an unearthly hotel that caters solely to ghosts. A former rebel warrior from medieval times, she has been cursed to run the hotel to repent for her sins. But the thousands of years of service have worn on this enigmatic owner and she takes delight in tormenting her staff as well as her latest acquisition: a young man (Yeo Jin-goo) whose soul had been sold to her by his father after he had attempted to steal something from her hotel. Their playful back-and-forth provides the main draw for this series, as do the episodic stories, ranging from tragic to comic, about the various ghosts who enter her hotel.

Watch This If You Like: xxxholic, Beauty and the Beast, Goblin, watching IU strut around in gorgeous dresses.

I previously described Elite as “What if Riverdale got Gossip Girl drunk one night and made a baby while marathoning Big Little Lies?” and I stand by that assessment. The second season of the trashy Spanish teen soap opera offers all of that, and more. At Las Encinas, Spain’s most prestigious private school, the most detestable personalities packed into the most beautiful bodies roam the hallways, backstabbing and gossiping their way through the school year. It as horrible as it sounds — and twice as addictive. This eminently watchable series is kicked off when three working class students are offered scholarships to the private school and acclimate to the wealthy, exclusive world only to soon find themselves at the center of a horrible incident. The central mystery makes Elite a must-watch, as does its tackling of sensitive cultural issues like closeted gay teens, STDs, racism, xenophobia, and corruption.

Watch This If You Like: Gossip Girl, Riverdale, Pretty Little Liars, the epic highs and lows of high school soap opera.

James Gray: ‘I was armed with an 800lb gorilla – the movie star’